Funky Tents to Funk up Your Festival

Funky tents are fun, you can’t deny it. Whether you’re in to Uptown Funk or hardcore rock a snazzy tent is a great accessory to have at your festival. Festivals can be as much of a fashion show as a music event and your tent is no exception. But while a trusty anorak may not be the ‘in’ thing, a bright tent is both fashionable and really useful. 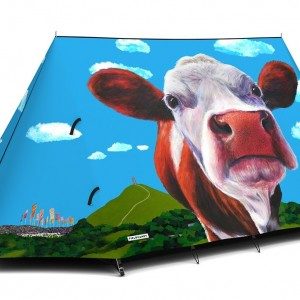 Funky Tents Don’t Get Lost in the Crowd

Funky tents won’t have these problems …

1) Day one, you get to your festival and pitch up your tent, brimming with all the excitement a musical event inspires. Once you’re all set up, it’s time to explore. You zip up your tent, wander round the site and return to your camping area to find … a sea of semi-identical red, green and blue structures with no idea which one is yours. (Insert your own expletive here).

2) Don’t worry, it could be worse. It could be day two, late after the headline act, you’re stumbling around (slightly intoxicated) and unzip your tent only to find it … er … occupied. (Guy- I thought you could put the one of the couple in the sunset here)

3) Or worse (and everyone knows someone whose done this), get in and snuggle up to someone who turns out not to be your festival companion.

In any case, you’ll be out on your bum faster than you can say “sorry, I thought it was my tent!” (Unless getting uncomfortably close to strangers is your thing…)

And then, of course, you still have the problem of finding your actual tent. Nightmare.

With one of these distinctive structures, you certainly won’t be stumbling into anybody else’s temporary properties. (Put the one of the worlds smallest pub here)

Because you have to admit that a row of these would be unlikely. Awesome, but unlikely. 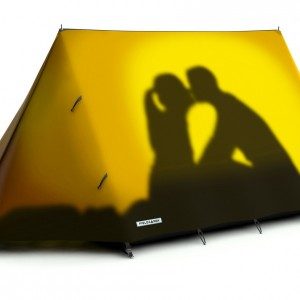 Get A Room festival tent by FieldCandy

Funky Tents are for Life, Not Just for Glastonbury

Funky tents, as well as being awesome and distinctive, are something you’ll keep hold of festival after festival. There are three things that will make or break a festival for you:

Unfortunately, you can’t prepare the weather, but you can get everything else sorted. You know you’re favourite acts are on so you book your tickets. You know which of your friends are the most fun so you invite them to come with you. But for some reason, people seem to pay less attention to their tent and get it from a supermarket the day before. They don’t shop around, they don’t even test pitch it.

Don’t be an amateur, your tent is important, people. It needs to stay standing, have enough room for you all to sleep and put your things. When you start thinking about it, your tent really requires a lot of thought. And when you get a really good tent, you’ll want to keep hold of it. You’ll never have ‘the tent problem’ (i.e collapsing, leaking, squashing) ever, ever again.

Well not quite that brilliantly structural, but they can stand up to whatever the British “summertime” can throw. 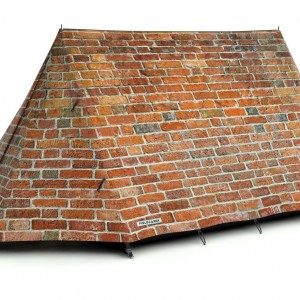 Funky Tents for Every Groove

Funky tents aren’t just for girls, there is a cool tent out there to suit every personality, even the most sheepish among you:

But seriously, there is something out there for you, from man cave to the circus.

You can be the envy of every festival goer and have a bloody good tent to boot, isn’t that a double bonus?

Funky tents just make sense. Buying one of these cool tents means you can always find it (and avoid potentially awkward/embarrassing/dangerous situations). And You know that it won’t fall on top of you when the weather gets a bit rough. Tents are a worthwhile investment for your time and money, and this investment will pay off big time after years worth of fantastic festival fun.

And when you get those looks of festival-envy, all you can do is cue dramatic music and say “Nacho tent …” 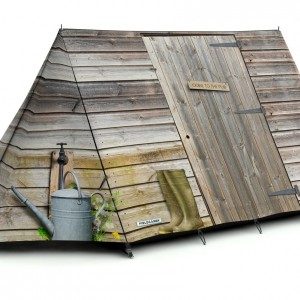 Order your festival gear online and collect it when you get there... Easy!

To help combat climate change fat franks has committed to plant a tree for every tent sold, rented or donated!

NO. OF TREES PLANTED:

of donations go to local charities and youth groups

*As a thank you for every tent donated Frank will plant a tree!